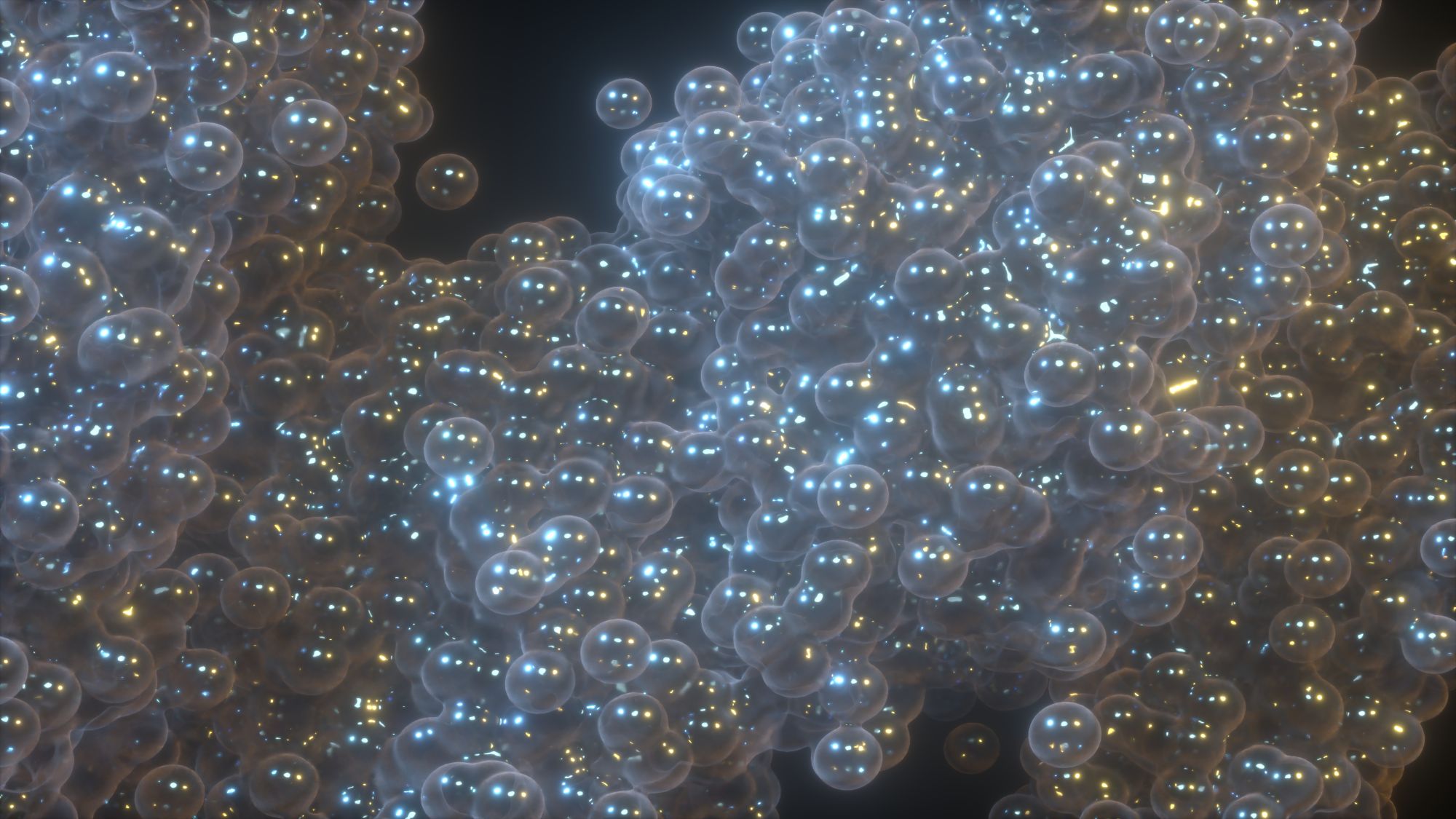 Protean Sap consists of augmented reality filters and a single-channel video. The work creates a strange, dream-like reality where geometric formations encrust objects and bodies, paired with a mysterious seer’s text. The forms are simulated from protein chains of viruses, bacteria, and other microbial life. These shapes are then changed into masks and ceremonial artefacts which morph in a hallucinatory way. In the video, the metaphor for protean change is a tide pool—an intertidal zone influenced by the moon and the sun. Requiring many adaptations from its inhabitants, the ecosystem of intertidal zones can be seen as a gauge for the constant change that happens in the oceans, while also offering a model to study broader ecological changes. The protein chains link us to our past and our future, and in the work, they are mediated through a “looking device” and a seer, who utters recipes and predictions.

Commissioned by Daata, Lighthouse Brighton, and The Finnish Institute in London.

Ocarina of Phlegm: Tuomas A. Laitinen